This weekend was a big weekend for Cody. For months now he has been staying after school practicing with the JROTC Drill Teams preparing for competition. This is a big deal for these kids. They worked very hard getting ready. There are 5 drill teams: color guard, regulation, saber, unarmed, and armed. Cody is on every team so he had lots of routines to memorize and perfect. Two of these teams, color guard and regulation, have preset routines where every team from every school does the exact same thing. The remaining routines are choreographed and performed by the students. On Friday the students put on a performance for the families. Cody had not only his parents and brothers cheering for him, but also our friend Doug, and our neighbor Randy and his family. The students looked sharp in spite of the fact they were performing in jeans and t-shirts. This was understandable as everyone's uniform was fresh from the cleaners and ready for competition. We did not get to see the real deal which was held on Saturday in Kaiserslautern, Germany, but here are some pictures from Friday. 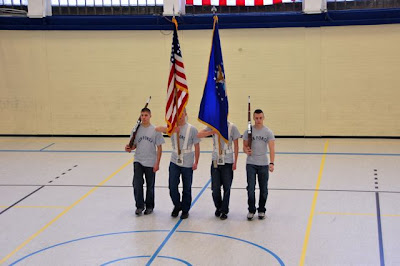 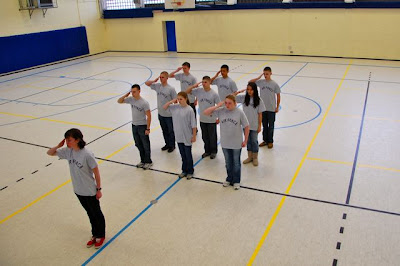 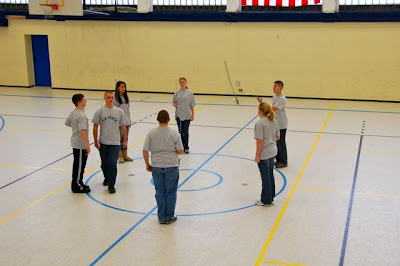 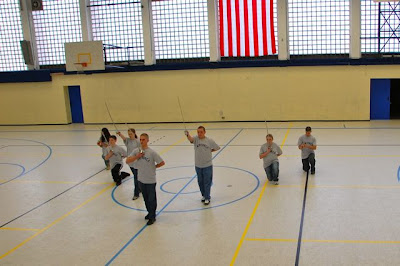 They look sharp, I mean the kids not the swords, although the sabers look sharp too. 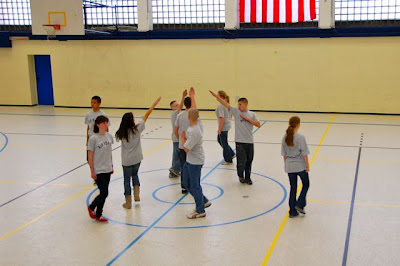 Its all about precision. 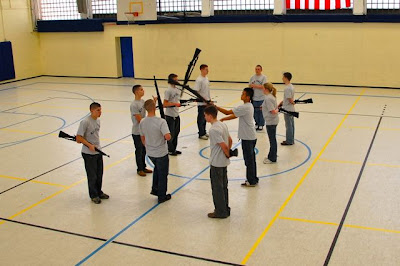 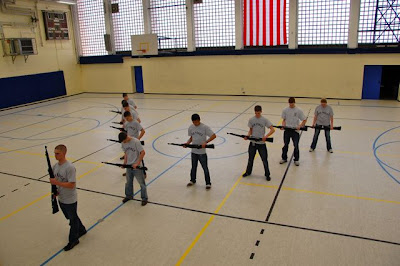 Those rifles weigh in at just over 9 pounds, but you would never know it from the way they were spinning and throwing them around. 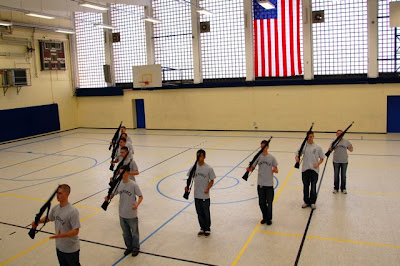 Caught in mid spin. Now that is synchronization. 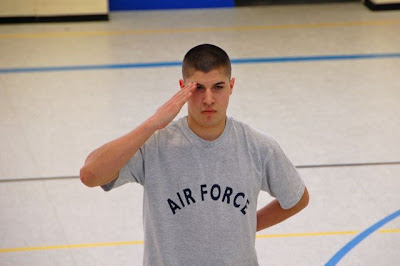 When did my baby grow up??
Schools from across Europe participated in the competition Saturday. Wiesbaden took 1st in unarmed, 1st unarmed commander, 2nd in saber, 1st in armed duo, and 3rd overall. In addition Dakota took 4th in the individual drill competition. In this competition all participants, including alternates, follow drill sergeants' calls. Any mistake, however small, is an automatic elimination. 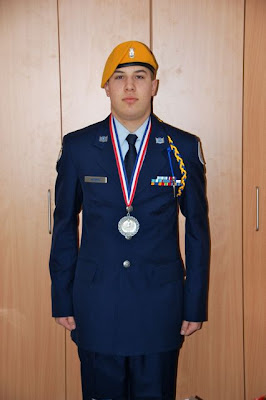 Dakota in his uniform showing off his medal from the IDR.
Posted by Shannon at 6:15 PM

Wow. I feel OLD!!! Cody looks so handsome and is ALL GROWN UP. boo! What a great moment for y'all. So special. Cheers to him and cheers to you and Dave for your persistance and hard work as mom and dad. :o) CONGRATS!!!

Well technically it’s Staff Sergeant Dakota Herrera from Weisbaden high School GR-71, but oh well. I was also the only first year cadet to make it into the top ten and the only cadet from Weisbaden to make it into the top ten as well. Over all I had an amazing time and it was made even better when I got word from my recruiter that my Nuclear Levy was approved and I am to pursue the nuclear field in the Navy.

Great job! Congrats!!! That's hard work and it has paid off :)

Wow, that is AWESOME. I had no idea they had ROTC overseas.

My 16 yr old son is in Civil Air Patrol. You and I have a LOT in common, girl. I would LOVE to try to get together while you're back in the States. I think that would be divine! Keep me posted on your plans and thanks for thinking of me!

Love the pictures of them tossing that sword around... Yikes!