Hope everyone out there is having a Happy Halloween. The boys just finished carving their jack-o-lanterns for tonight and are watching Scooby Doo. Alonzo was running a fever last night. This morning he woke up without a fever, but he still looked puny so we skipped the party at the field house in hopes that he will feel well enough for trick or treating tonight. It is a laid back kind of day. I think I like having Halloween on a Saturday. No rushing to eat and change as the kids get home from school just relaxing and having fun. I have a crock pot of 15 bean soup cooking away on the counter for a quick warm dinner after Trick or Treating tonight. Colin is heading of to a birthday party for one of his class mates. While he is gone Alonzo, Grayson, and I will make a bat cake for dessert tonight and then have a little Wii fun! I will post pictures of the costumes tomorrow of the costumes. This year we have one snake, two phantoms, and Dakota Fanning. 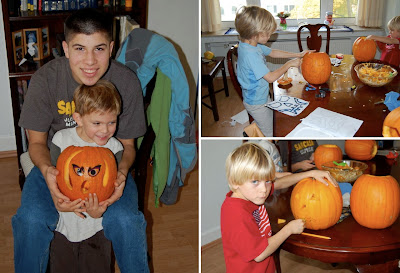 Wordless Wednesday--What's Wrong With This Picture? 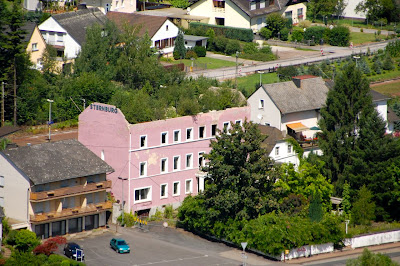 A Handshake At Last

A handshake is the first official notice of your next post assignment you receive when in the foreign service. While it is not a done deal until orders are cut, it is very rare for a handshake to be broken. This morning Dave finally received the e-mail we had been anxiously awaiting. We have a handshake! YIPEE! We know where are heading after Germany. Oh, what? You want to know where? Well here is are a few hints:
This is a picture of one the many cool things we can see at our next post. 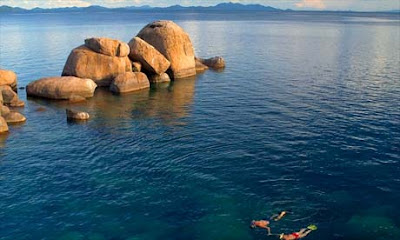 The handshake is for the capitol city of the country that is home to the 3rd largest lake in Africa and the 8th largest lake in the world. The country is known as the "warm heart of Africa." This country earned its independence from the UK on 6 July 1964 and one of the official languages is Chichewa.

Can you guess where we are going?

I have been a lazy blogger. Actually I have been a busy Mom. The kids have been on fall break for two weeks which means I have been busy chasing kids and cleaning up messes. On top of that we have hosted two birthday parties this month, been hiking with the cub scouts, sold sodas at Applefest with the cub scouts, and painted pumpkins up at the feildhouse all in addition to the normal cooking/cleaning/shopping/laundry/scout meetings that make up daily life. In short we have stayed pretty busy this month. Today is the last day of fall break. We are hanging out relaxing in our jammies and watching a Scooby Doo marathon on Boomerang, everyone except or Cody that is, he is working on homework since his school didn't have fall break. Poor baby!

I have continued with the weekly soup night although it hasn't fallen on the same night each week. Since my last post we tried the Curried Lentil Soup suggested by Planet Nomad in my comments from the last soup post. YUM! It rocked. Alonzo, who is my picky eater, took one bite and announced, "This one is a do-over." YAY! No complaints and it was even better the second day. I was so busy eating I forgot to take a picture. Darn it all! Guess that means I will just have to make it again. If you want to try it for yourself just click here.
Posted by Shannon at 3:26 PM 4 comments:

The kids are on fall break this week and next. It is like spring break except, you know, in the the fall. They are destroying the house, running wild, and generally having fun. German weather being what it is the last day of school, when the kids were stuck inside, was absolutely gorgeous. The weather since then, not so much, so they have been basically trapped inside with me. This morning I was praying for more rain but of course it is totally dry, cloudy but dry. Why would I want more rain? Today is Tuesday. Tuesday means the Farmers Market is down in Dornbush.

The market is a short walk from our house. Short as in about a 15 minute walk, each way. The kids have been planning to go buy a pumpkin with their allowance. Generally I think it is great that they save and spend their own money BUT I know darn well who is carrying those pumpkins back home. Pumpkins are heavy. A 15 minute walk isn't that far unless you are carrying several heavy pumpkins and trying not to let 3 kids get run over along the way then suddenly it is a VERY long way. Still no rain so I eventually had to face facts and off we went to buy pumpkins. Colin of course picked out the biggest pumpkin he could find and negotiated the price. I reminded him that he needed to use his German. He did just long enough to ask "Spechren Sie Englisch?" then switched to English. Somehow that works better for the kids than me. I know darn well that same vender has told me "Nein!" to that exact same question in the past. Today surprise, surprise, the answer was "A little" followed by almost flawless English. GRRRR!

The vender told him the price per kilo then picked it up and estimated the price. I was trying desperately to tell Colin it was too expensive when Colin upended his little coin purse in the man's hand. The man helped Colin count out his money (Yes I let Colin deal with it on his own, he was the one who wanted the pumpkin not me) turned out that Colin was a little short. YAY! I almost did a happy dance but then the guy cut him a break AND threw in a second pumpkin for the same low low price. Thanks, I think. Colin can't stop talking about how he bought 2 big pumpkins with his own money, all by himself.

The other two boys did not bring their allowances so they were at my mercy for money. I only allowed them a small pumpkin or gourd. They were a little disappointed but got over it quickly when I pointed out their choices. Small pumpkin or No pumpkin. When put that way, small pumpkin it is. 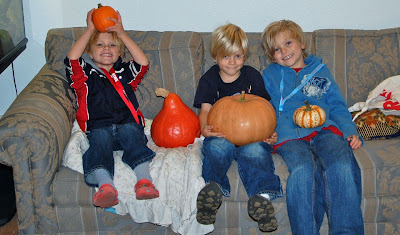 Here are the boys with their prize pumpkins. In case you are wondering the boys weighed the pumpkins. The big one was 14 pounds. The freebie was 7 1/2 pounds and Alonzo and Grayson's were about a pound or two each.

I did end up carrying the big tan colored pumpkin home in my backpack and Grayson's little pumpkin because I was afraid it wouldn't make it home the way he swinging it around. Colin and Alonzo got to carry the other two pumpkins home. I had my hands full. In addition to the pumpkins I had several pounds of apples both for eating and making apple butter, pears, plums, grapefruit, a jar of white cream honey, and some flowers because after this I deserve them. Oh yeah and the boys got pastries. I stuck with the flowers. Less calories! 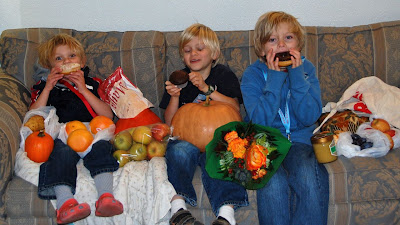 Here is the total haul from the market today. Whew! Getting all of that home counts as a work out.
Posted by Shannon at 2:38 PM 6 comments: