Today we took a break from research and enjoyed having some guests stop by. Before we decided to pick up and move overseas we lived in a great little neighborhood with lots of wonderful friends. I feel fortunate to have lived there and still keep in contact with many from the old neighborhood. By a weird quirk of fate our neighbor from across the street back then is here in Germany for a couple of months due to his job. He and a friend found time this weekend to drive to Germany and hang out for a while. I really enjoyed seeing him. We rarely get visitors here so this was a special treat. Dave snapped this pictures of our family with Chris and his friend Steve. Thanks guys for stopping by it really made this a special day. 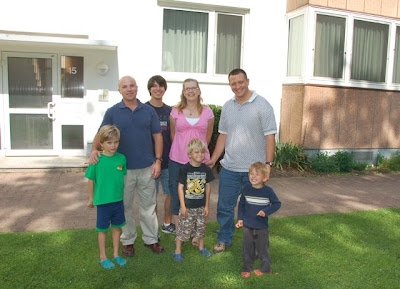 My computer died. Dead. Really truly goners. It was working fine. I pushed the button to check my e-mail and also set it to retrieve any new podcasts on itunes (sadly NPR addicted, yep, that's me) satisfied it was doing its thing I went off to cook dinner. Came back a little while later hoping it was done so I could sync my pod and listen to the newest Splendid Table while cooking only to find that the rotten thing was frozen. Tapped a few buttons hoping what ever the problem was it would fix itself, Hey! Stop laughing! It usually works. Instead I got the dreaded grey screen with the blinking question mark. Not good. I left it hoping Dave could fix it. He came home fiddled with it a while and pronounced it dead. Initially he hoped to be able to retrieve some of the data, but even that didn't work. What ever happened it fried itself good. Yesterday we went to the local computer parts store and picked up a new hard drive, so now it is working again, sort of. It looks like my computer but sure doesn't act like my computer. All of my settings, bookmarks, files, downloads, and everything else that made it mine are gone. Dave said it will take a few days to finish loading all the programs but then it will good to go. In fact he says it will be better since the old hard drive was only 60 gig and the new one is 500 gig. That's quite the upgrade so I guess there is a silver lining. Now if only I could remember everyone's e-mail address.

On to other matters. Lots of you have been asking where we are going after Germany. (quick note- my husband is member of the foreign service so we move every few years to a new country) All I have been able to tell my friends is "I don't know yet." We do know when we will be moving but not where. This week we received our bid list so now I have new answer, "We will be going to one of the places on the list."

The bid list is basically a list of maybes. We receive the list, have some time to research the different places, submit out bids - requests to go to a particular place, then wait and wait and wait. Of course there are a whole bunch of other people out there all over the world doing exactly the same thing and chances are good if you want to go to a particular place someone else will too so we actually submit a list of places we would be willing to go to, then hope we get the one we really really want. For example on our last bid list we really wanted to go to The Hague in the Netherlands but we are now living in Frankfurt Germany so obviously that didn't work out. Frankfurt was our 2nd choice so can't really complain, we are living in Europe after all. Some times you get what you want, and sometimes you don't. It is really more complicated than this, there are all kinds of things to consider, and the bigger your family the more complicated it gets. I will skip the details for now. If you want to know more just e-mail (it's working now) and I will get back to you.

With no further ado here is our bid list. It is really long this time. Some of the places have more than one position available but I will skip over that part and only list each place not each position.

In case you are wondering when we receive the bid list it only lists the city NOT the country. I have been trying to do research via my ipod touch (not fun) so I haven't had a chance to look up all of the posts yet or I would have listed the countries. Did you know where all of these cities are? Not me! I have my atlas right next to as I do research. It also lists some stuff about the position that is only of interest, or even intelligible, to the employee. If you are FS yourself my husband is an IMS, that's computer geek to the rest of us. (Sorry Babe! LOL!) Thank goodness or my computer may have been gone for good!

So where would you want to go if you had to make this choice? Remember there are as many people staring at this list as there are positions. Someone WILL go to each and every one of these places but only ONE lucky person is going to Paris, the rest of us are going some where else. Oh the possibilities!
Posted by Shannon at 9:27 AM 9 comments:

Sorry for the blog silence. David's sister Teri is here for a little European vacation so we have been busy busy busy. We have a little less than a week left before she leaves and so many things left to do. Of course we will not be able to do everything, but we can sure try. I will be back online after she leaves. In the mean time here are a few pictures just to give you a taste of the fun we have been having! 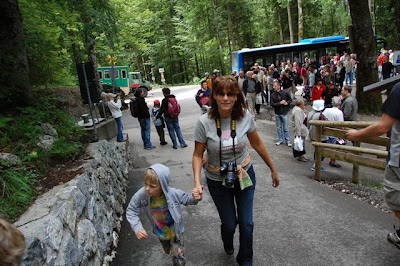 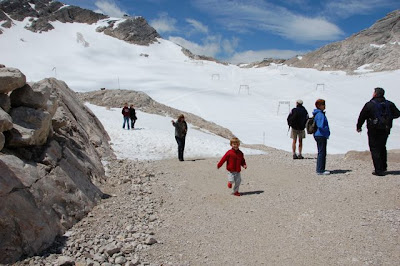 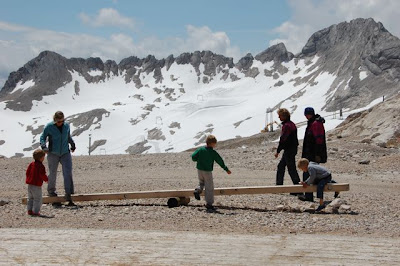 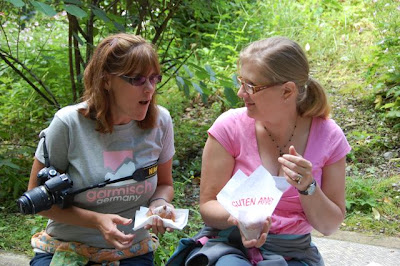 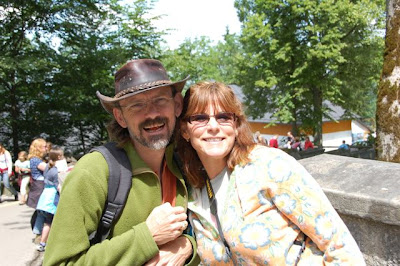 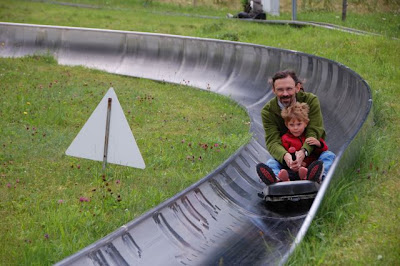 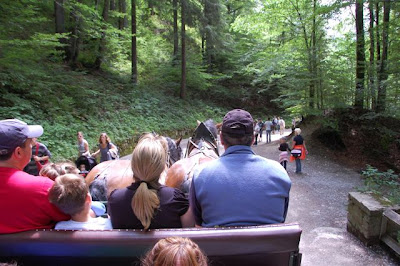 This is the first year that we haven't made it back to the states for the 4th of July.  I was really worried that the kids would miss their usual round of friends and family, parades and fireworks. I think the sting was mostly removed by the arrival of Aunt Teri on July 2nd. Instead of a parade and fireworks we enjoyed a celebration here on the Siedlung.  There were no fireworks but there was a lot to do!

The Marines opened the festivities with a flag presentation. What is it about a man in uniform? WOW! 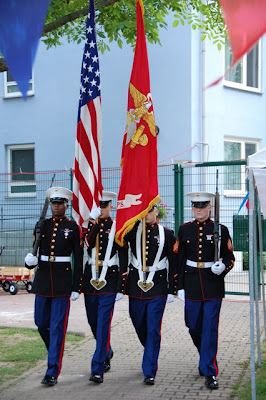 Teri and David suited up for a little sibling rivalry Sumo style. 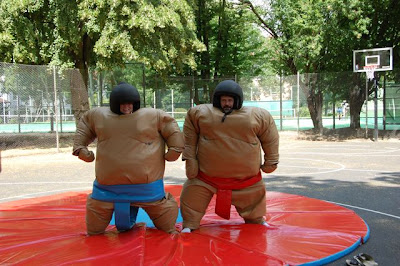 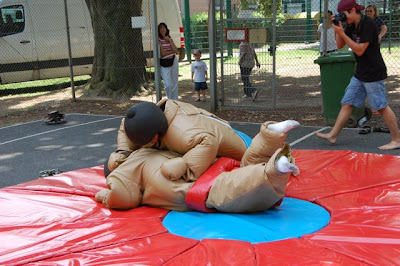 There was high flying fun on the trampoline bungee that had even Teri jumping for joy. 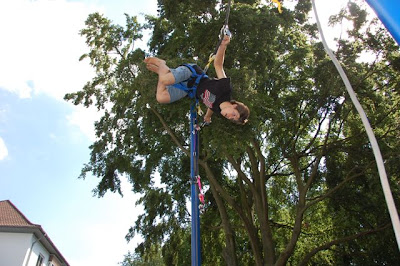 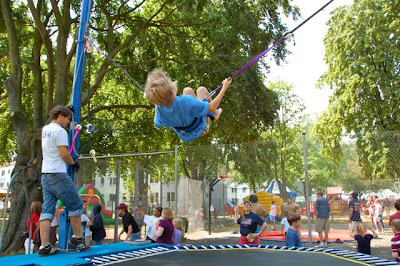 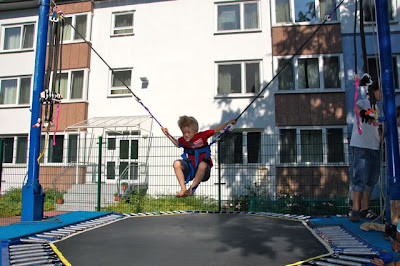 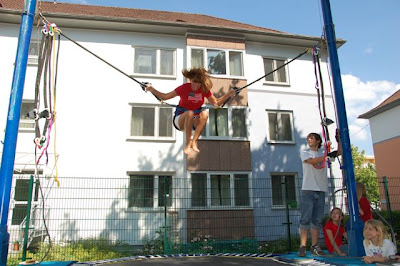 There were carnival games to play with prizes to win, and win the boys did! 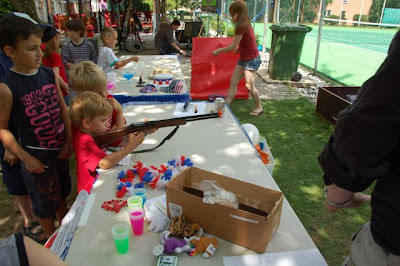 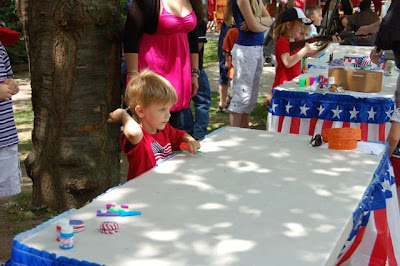 There was the usual assortment of bouncers to use up some of the seemingly inexhaustible kid energy. 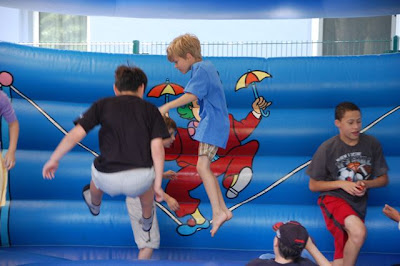 Cody even tried his hand at bull riding! Yee Haw! 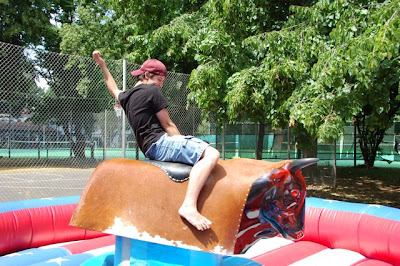 There was also lots of food. Hamburgers, hot dogs, BBQ chicken, and lots of cotton candy. We may not have been in America for this all American celebration but I think we celebrated in true American style!
Posted by Shannon at 10:03 PM 3 comments: 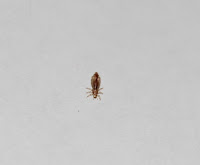 Last night I noticed the household lice magnet was again scratching his head. UUUUGGGGHHH! School let out last week and I thought we were safe from the creepy crawly plague. Apparently he kept a few souvenirs of his time in second grade. Ever wondered what they look like?  Here is a close up of one I pulled out of his hair this morning. I just spent the last two hours scrubbing his head with RID, and imitating a monkey as I combed through his hair searching for the nits left behind.  Next is washing his sheets and blankets and vacuuming his bedroom in hopes that I will find all of the mini-beasts and banish them from our house, hopefully forever! This was not what I had planned for today.  I gotta go my head is itching now!  Bet you were scratching your head too, weren't you?
Posted by Shannon at 12:03 PM 5 comments: