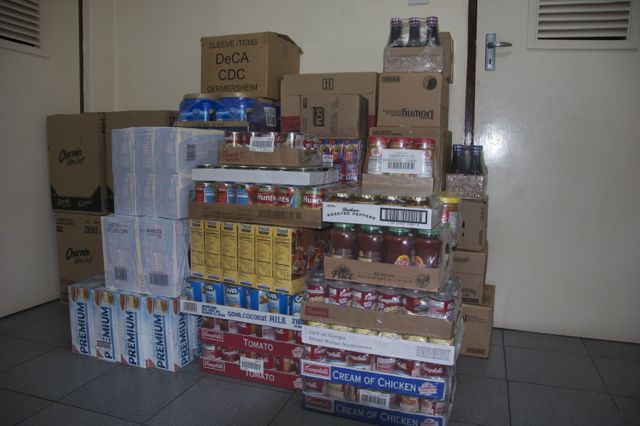 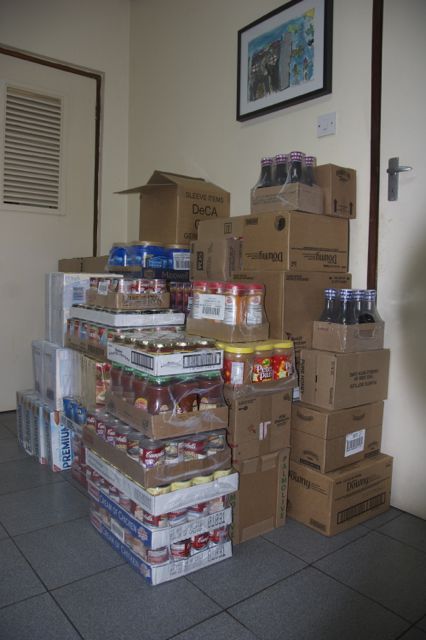 I have struggled to write a coherent or even semi-coherent blog post about events of the past week.  I must have a dozen or more attempts at expressing my thoughts.  Thankfully there are those in the FS blog-o-sphere who are far more eloquent than I.

With permission, and gratitude,  I am reposting from Globehoppers.  She did a wonderful job compiling some of the many posts dealing with the tragedy.  Thank you Michele for allowing me to share this with my readers.

The past week has been filled with emotion across the region and throughout the FS/DS.

The world media and the Foreign Service blogosphere exploded with personal accounts of working with the fallen,what our jobs mean in a worldview, updates as our buildings were infiltrated, dread about the next target, reactions to our colleagues and friends in harm's way, and the little we could do but watch and wait.

Many articles reflected the emotional roller-coaster of being part of the FS/DS family.

emailfromtheembassy is here in Jordan and married to our RSO: "It ended with me finally truly understanding what kind of life we were living, when everything can change without a moment's notice, when the people you love are out there, somewhere, doing things you can only imagine, to stop the bad guys from hurting the good guys. It ended with me realizing that my husband could have died, could still, at any time die, because of the work he does, because he chooses to run into situations from which other people run away."

So many tried to explain what we do and why we do it.

ohhenrythomas wrote An elegy for men I never met: "I listened to a call-in radio show this week, on which caller after caller demanded to know why “we” don’t try and explain to “those people” what freedom of speech means in America.  “Don’t you know that that’s what diplomats DO?,” I howled at the stereo.  And, finally, it occurred to me:  No.  No, they don’t know.  Most people don’t know what it is that Foreign Service Officers, like Ambassador Stevens, and Foreign Service Specialists, like Sean Smith, do."

Discussions on freedom of speech, freedom of dissent, and misguided anger.

Arab Spring nations don't yet grasp freedom of dissent: "These are people who were born and raised in dictatorships. They are accustomed to thinking that a government controls its citizens -- that a film or documentary cannot be produced without government approval. For decades, this has been the reality of their lives, and they strongly believe that the Western world and its citizens have a similarly controlling relationship between individuals and government."

But the most hard-hitting were the blogposts from those on the ground.

Whatever is Lovely by bergamotorange, the director's wife of the American School in Tunis: "Grief has these predictable stages.  Denial is always first and we were certainly in that state all through the first night and then the acceptance set in and so did the mourning.  Saturday, we faced reality either visiting school or scrolling through pictures on Facebook  trying to figure out whose classroom the charred remains represented.  There were constant phone calls and emails from friends in Tunisia and around the world to offer condolences and help to rebuild."

We all cried when Ambassador Stevens, Glen Doherty, Sean Smith, and Tyrone Woods came home under the U.S. flag.  We all are hurt and angry that our Embassies and Consulates are bearing the brunt of the people's outrage.

I had a disturbing exchange with a teen back in the States over the weekend.  His answer to the troubles here was very simple: Evacuate and Neutralize.

Think on that bold an brash statement.

It's that sort of armchair patriotism that can truly put us at risk.

cheerfulstoic points out a truth that all Americans should realize: "When you join the foreign service they tell you that you are now the face of the United States of America, on duty or off, in the office or at home, 24 hours a day, 7 days a week. And we are expected to conduct ourselves in a manner that reflects well on our country. Well, guess what America. You are - all 314 million of you - the face of the United States of America. In this interconnected modern world you don't even have to leave your house for a foreigner to meet you and judge you and your country by your words and deeds."

We are a thick-skinned Service.  It's part of my definition of Diplomat.  People say and do awful, hurtful, and mean things to us and about our beloved United States of America.  But it's not a sign of weakness to not hit back.  It's the exact opposite.  In its most basic state, it's something more playgrounds should teach.

But then we get back to work and reopen our doors.  You don't curse the people of your host nation.  And you certainly don't walk all over your host government with an inflated sense of righteousness because of what's happened.  And you don't take the acts of a few thousand and lay waste to millions.

Why are we even here?  To expose other nations to what we hold so dear.  Freedom of speech.  Freedom of religion.  Freedom of dissent.  These we define as basic human rights.

We ask questions like "What can we do to help remedy this?"

"How do we open the lines of communication again?"

How do we explain to them that the freedoms we enjoy come at a cost: of hearing things we don't like; of seeing things we find offensive, of being told we are wrong, of having components to our society that are truly hateful.

As diplomats our answers to these questions do not involve bullets.

Learn about what we do.

Visit NBCNews.com for breaking news, world news, and news about the economy
Posted by Shannon at 12:05 AM 1 comment: 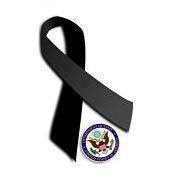 Today is a sad day. On Wednesday I usually post a Wordless Wednesday pictures.  Not today.

Ambassador Christopher Stevens, Information Management Officer Sean Smith, and two other Americans who names have not yet been released pending notification of family were killed in Libya yesterday.

I didn't have the privilege of knowing either of the men, but the Foreign Service is, in many ways, like a small town.  If you don't personally know someone, then you know someone who does knows them.   Six degrees of separation does not exist in the FS, more like one degree, or at most two. This is especially true in these times of FB, blogs, and twitter.  Just days ago I read a post about Ambassador Stevens, at the time I smiled and thought what a wonderful guy to work for.  Sean Smith was a husband and father, and through a blog link that passed my way this morning, I learned he was also an avid gamer. It puts a rather personal face on these men I have never met.

My thoughts and prayers today are with the family and friends of the fallen.

Dave was working with Gray tonight on his math.  Gray was not into the assignment, which is why he was still working on it after dinner tonight. Dave decided to give us both a break and take over from me  for a while.

At one point he looked up at Dave, his eyes brimming with tears and stated, "My brain is all full, I can't learn anything else."

I'm afraid I had to leave the room so he wouldn't see me laughing. 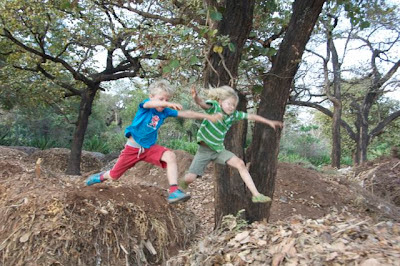