Disclaimer: its Dave here again. Shannon and the kids are in the USA where she has limited access to the Internet right now.

It's just another day living overseas. Holidays come and go and some are celebrated and some not so much. Traditions are big in our home as it helps to create memories. Like Friday night movies and desert Wednesdays. One of the best memories I have of Thanksgiving is at my Mamaw's and Papaw's house where a bunch of tables would be placed to span from one end of the living room to the other side of the dining room. Around the table were their two kids and most of the grandchildren. But that was a long time ago. Papaw passed in 1979.

I use memories such as this to set a standard for what celebrations like thanksgiving should be like. My last Thanksgiving with my Mother was similar except Shannon and I hosted it in our home. Again in a small house with tables spanning the living room and dining room filled with most of her children and grandchildren. My mother passed in 2000.

This Thanksgiving Shannon and the kids went to her uncle Tommy's house with her mother, enjoying fried turkey and friendly games of washers... creating new memories for our kids to build upon and help set the standard for them later on.

Not only do we have holiday meals at the dinner table, but we eat every meal as a family at the dinner table. Ok except one... the inauguration of President Obama... we all sat in the living room to see it live. History in the making.

You see, this is the first Thanksgiving in seven years in the USA let alone at her Uncles. I don't think the kids even remember the last Thanksgiving they had in the USA. I am truly thankful that they are spending it with Shannon's Mom and Uncle.

Living overseas... its hard for me to go "home" because I know that my traditions are so different then most of my family... All of their celebrations are done buffet style. You get your food and you go find some place to sit and eat.

I am not sure where I am going with this except perhaps to just write it down to share my thoughts.

It would be nice to know that we are not the only people out here that hold on to old traditions. If you have any traditions you have feel free to share.
Posted by David at 11:56 AM 3 comments:

Letter to my Lover

Disclaimer: I have to tell you this is David writing. I am sure you would figure that out pretty quickly, but Shannon says I have to tell everyone its me so the readers don’t think it's her.

I find myself home alone tonight as the family has left for R&R back to the USA. Shannon an I have a tradition of leaving little notes for each other when we leave for periods of time. I did not get to leave a note in any of her bags... to see when she starts to unpack this time. Currently she is above Namibia on the second leg of her 26 hour journy home and I know she does not have access to internet and will not until she gets to her mothers house.

I wanted to share publicy my note to her now. By guy standars its pretty sappy, so if you don’t like sappy quit reading.

My love for you grows stronger every day we are together and twice as much when we are apart. I missed you the moment you left my sight. The house will be empty without you here but my heart will still be full of your love.

The other day you asked why I keep staring at you… so I could keep fresh in my mind all the different faces, gestures, and movements you make… so when I close my eyes it will be as though you are right here with me.

I will miss being next to you at night…holding you. I’m not sure what I am going to do at 0500 when you are not here for me to caress and hold as you wake for your first cup of coffee. I will miss the walks we take every evening… when we get to talk about the days events. I will also miss all of the wonderful dinners you make for me and all the stories you tell that make me laugh.

Most importantly I will continue to love you and fall in love with you every day that I wake.

Enjoy your time with you Mom and Thanksgiving at Uncle Tommy’s. Eat a piece of fried turkey for me and make sure the boys get to play washers.

I will see you in a few short weeks.

All my heart and love - Me 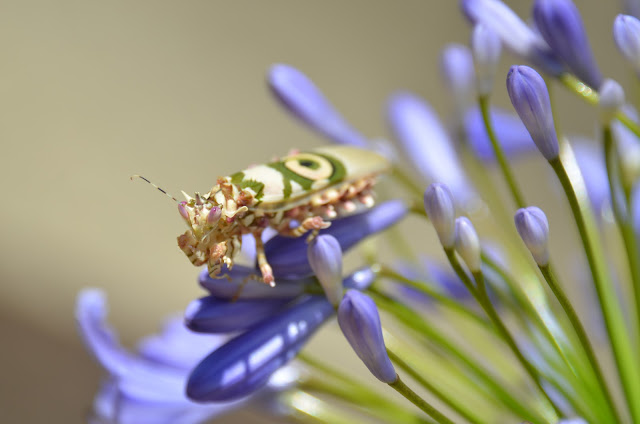 It has been a crazy week in the Cyberbones house.  A week ago handshakes came out.  If you're not part of the Foreign Service family, handshakes are what we call it when you are notified of your next assignment (aka posting).  It is an exciting day.  Facebook and blogs across the world were busy announcing the news.

We had placed bids on six posts.  Two in Asia, two in Europe, one in the Middle East and one in Washington DC. I know the list looks a little crazy, but there are all sorts of rules and regulations about bidding, so we bid on a variety of geographic regions, just like we are supposed to.

For a number of reasons we had become a bit fixated on the DC option.  For one thing DC would require finding and renting or buying a house in a ridiculously expensive real estate market.  The day I said, "Hey look at this one it, its pretty nice and only $500,000." is the day I realized that when you start thinking half a million dollars is reasonable, you have been looking at DC houses too long. We had also pretty much decided we would continue homeschooling if we were to go to DC. I am not totally enamored of the curriculum I chose this year and would do it differently next year if we were to continue homeschooling.

In the evenings after the kids went to bed and Dave and I did our obligatory Facebook check in, we were on the net surfing DC real estate (Dave) and homeschool curriculums alternating with house decorating sites (Me).  So Monday when Dave finally got the long awaited e-mail my reaction was not "SQEEEE!!! We got Oman!!"  I think what I said was more long the lines of a very puzzled, "Really we're not going to DC?  Seriously? Are you kidding me?" Not quite the reaction Dave was looking for.

Of course once I had a chance to start really looking at Oman I became VERY excited and remembered why we bid on it.  David is now spending his evenings looking at 4X4 vehicles because he is totally planning on doing this. 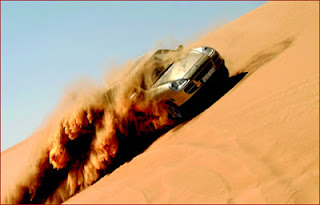 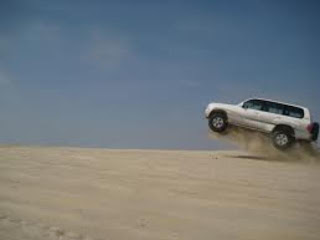 With the kids.  EEEEK!

I am spending my time looking at the three English language International type schools in Muscat, trying to decide which is the best fit, because the kiddos ARE going back to school after all.  YAY! I get my life back. SOB! I'm going to miss having them home all day. (*note from husband yeah right!)

I think it's down to two schools: The American International School of Muscat (TAISM) which I have been told is fabulous, and the American British Academy (ABA) which uses the IB curriculum.  Colin's beloved 4th grade teacher taught at ABA for 5 years before coming to Malawi. Mr. B has lots of good to say about that school, but TAISM is the school where most FS kids go, and I've heard great things about it too. It's going to be a tough choice.  And then there's the British School Muscat which also looks like a good school, but my kids have never  been on the British national curriculum so it probably isn't for us.

When I am not consumed with schools, I am busy trying to figure out how I am going to get in shape between now and August, factoring in a 2 month holiday R&R starting next week during which you can bet I am going to eat my weight in turkey, ham, and Mexican food.  Later there will be pack out stress and associated goodbye parties, and then home leave this coming summer, during which I will again eat my weight in Mexican food and BBQ.  Sounds like a plan destined to fail, right?

In spite of the odds stacked against me, I am feeling fairly confident I can succeed. I am not-at-all worried about losing weight.  I am happy with my  weight for the first time in decades.  It has taken me 7 years and 3 continents but I have gone from 168 to under 140, barely under, but under. No, I am good if I don't lose even a pound. But instead, I am worried about getting in shape, being able to have the strength and energy to keep up with the kids. Apparently Oman is a hotbed of outdoor adventure sports.  I am pretty sure that as fun as canyoning, rock climbing, sailing, snorkeling and scuba diving look on the computer screen you have to have a certain level of fitness to make it even remotely fun in real life. Judging from the last few hikes I have gone on with the kids, I'm not quite there, but I WILL be!  After all, I have this to inspire me. 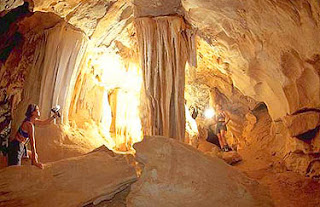 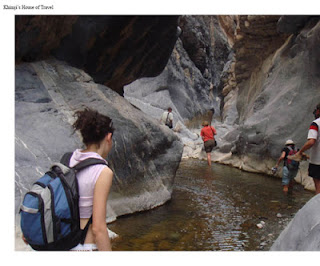 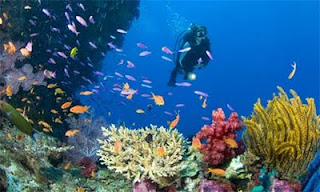 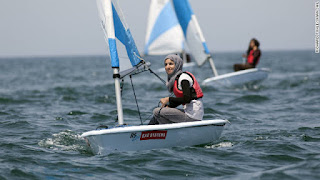 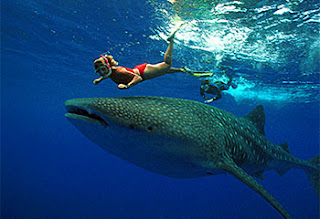 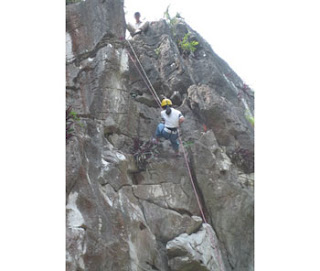 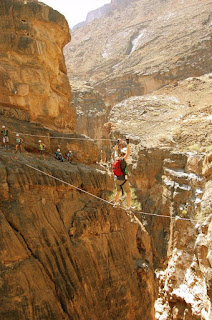 Whoa! Wait a minute, scratch those last two!  I don't do heights.  I especially don't do zip lines and what ever that second thingy is called.  No thanks!  Dave is on his own with the boys for those.  I'll go hang out at Starbucks instead, because did I mention, Oman has those too!  Yes, Life is good. 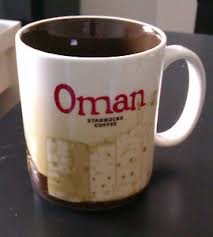 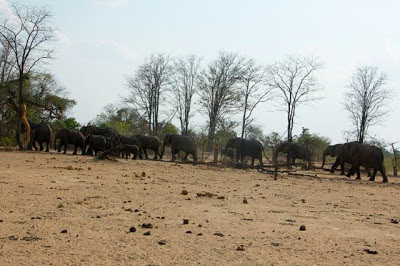 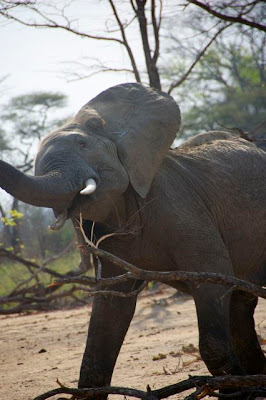 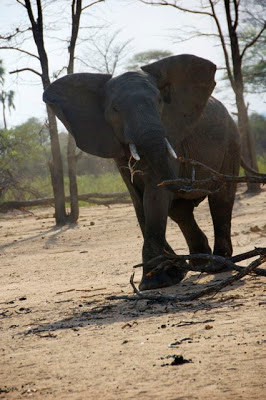 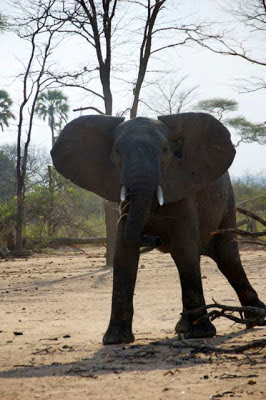 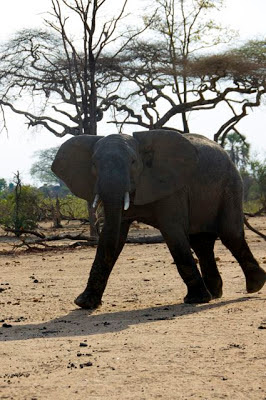 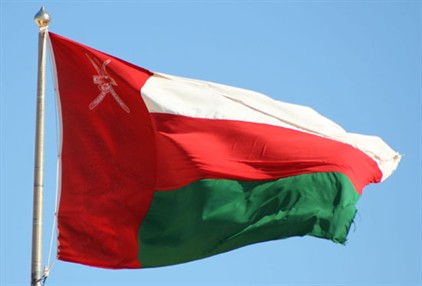