I have said it before but it bears repeating, BOYS ARE GROSS! So why do I have four of them? UGH! Don't get me wrong I really truly love each and every one of my boys but I really truly don't understand why they do the things they do.

The little boys follow the gardeners around all afternoon when they get home from school hoping he will turn up some sort of creepy animal for them to carry around the remainder of the afternoon. Here are just a few of the critter they have found thanks to Lyson. 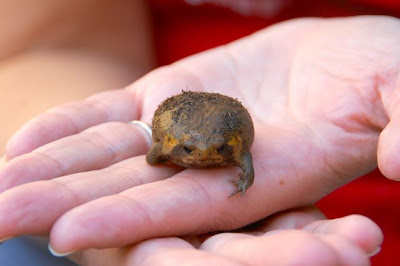 Centipedes (UGGH!! YUCCKKK!!! WHY DO THE KIDS BRING THESE IN THE HOUSE????) 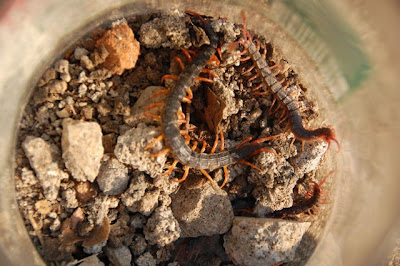 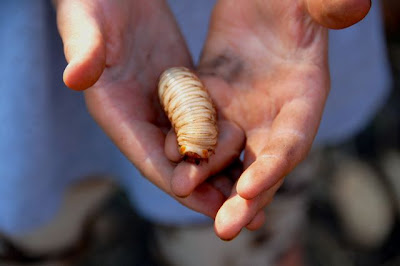 This is what I have to live with every day. This doesn't count the endless parade of assorted lizards and bugs the boys catch on a daily basis. Really if I was any sort of animal in this yard I would climb over the nearest wall and take my chances on the street. Better that than being caught by a grubby little boy.

Today something happened that upped the grossness level to a whole new high. We were at a welcome party for a new a family here in Lilongwe when one of the kids found a big beetle. Not the biggest beetle I have ever seen but still a big bug, about as big around as quarter, not including the legs. One of the men at the party dared Cody to eat it. Dakota being a teenage boy, which is to say he seems to have few functioning brain cells, promptly asked "How much will you pay me?" By now you can tell where this is going. eventually a price was reached and he ate the bug.

Why would anyone not starving to death voluntarily eat a bug? How did he know the bug wasn't poisonous? I don't know the last time I was that grossed out. Then to top it off he and David had to discuss how it tasted during dinner. I had to leave the table rather abruptly after he said it wasn't the taste that was the worst it was the crunching. He said that right as I bit into a nice crunchy somosa. Crunch Crunch! Uggh! Why do boys (big and little) do these things?
Posted by Shannon at 7:26 PM

Because that's what boys are made of.

No, boys are not made of crunchy beetles! Ugh. But I'll suspect I'll be in the same spot in another few years. At least you know Dakota will be OK in the military if he ever has to survive on the local "wildlife."

Let me just say, if someone approached Matthew and offered to pay him to eat a foreign bug, I swear to you that I would (politely?) put them in their place. You are such a great mom to boys, because you can roll with the punches and let them be boys! I should be more like you. Alas, I am not.

Upon reading your blog entry, I immediately went over to ADA and signed up for the Weekly RoundUp. Thank you. Now - who in the world can top this nasty little gem?

Zoe I don't know I have 4 boys and I am beginning to think it is more likely to be crunchy beetle parts than snips and snails and puppy dog tails....I am hoping he will never need to eat bugs while in the military since he is going into the submarine force. If they are eating bugs on a sub something has gone seriously awry.

Kolbi I would just like to point out that I was across the yard happily oblivious to the bartering until the bug went in the mouth and the gasp went up from the surrounding people. At which David was already cheering him on, and I decided to go look at the bats in the tree way away from Dakota so I wouldn't throw up, which I would have if I stayed to watch the bug chewing. I am a total wimp sometimes.

Donna YAY! You go girl, I can't wait to read it.

Monica- Sadly baby boy is oblivious to exchange rates. He was payed 1000 Kwachas which seems like a grand total but in reality it is only about 8 dollars, which here is about the cost of a gallon of milk. I suggest he ask for more, a lot whole lot more when he gets dared to eat a rat on a stick. They sell rat on a stick, it is really mice not rats but still (GAG), along the larger roadways. Yes I will post that too for you gross out enjoyment. Now you can go hug your germ hating, BMX bike riding boy that would NEVER EVER do something like this! At least you know he wouldn't touch the bug much less eat it. Give M a hug from Aunt Shannon! The girls too of course.

That is really gross. Although, I have eaten chocolate covered crickets, so I don't know if I have a lot of room to talk. There was more chocolate than cricket, which made it possible for me. I only got a free ice cream.
I imagine if he keeps it up, he can make quite a bit of money.

Ew, that reminds me of that show a while back where people were paid giant sums of money to eat nasty cockroaches and such...mmm, no thanks!

wishing i hadn't looked at this after eating dinner. shoot, even before dinner would have been bad! boys!

OMG, I laughed out loud and I think I actually snorted.

So this is what boys do ... wow, I have so much to look forward to.

My girls? The only "gross" thing I can get them to eat is asparagus. And you'd seriously think that by the way they dry heaved that I made THEM eat a beetle.

My dad was that kind of boy. Bugs, lizards. He 'adopted' dogs (brought home strays) that he could handle, but would not let his dad in the gate when he came home. There were incidents with buckets of snakes, etc. When I was grown, he told me that when he got married, he actually prayed that he would not have boys who might be like he was. Instead, he had girls, who turned out just like him, and worse. (yes, he did love us, he was just amazed...) The moral of this story, what goes around, comes around. One day your boys will have kids and they better hope they retain their ability to handle the creepy-crawlies!