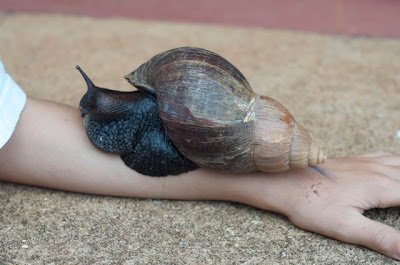 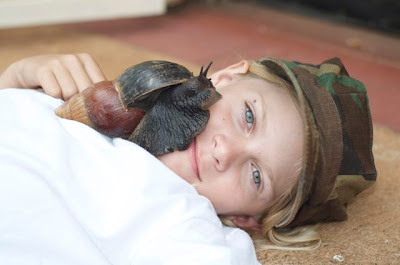 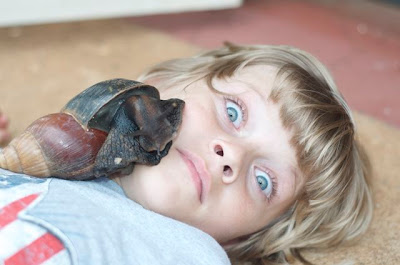 i want one of those for a pet. i shall leash train it

It's a tough call, but I think, at this point, I'd really choose that spider in the bathtub over an eight pound snail on the face. Gross.

Donna here's a thought, I can out run the snail, the spiders I am not as sure about.

holy moses that things big and just a little creepy! i love, love, love the look on colin's face. that is a priceless (and totally fake) surprise look! love it.

Ummm...That's Zo! Colin is the one with the smirk and the camo hat and although you can't really see it, his hair is about the same length as mine.

Isn't there a 60s horror flick about attack of the snails? Or was that The BLOB? I think the feel of a snail on my face would be exactly like being attacked by the blog. Ew. Great pics, though!

Attacked by the blob, I mean. I need some caffeine.

The Cool! is what my kids said.